Amidst a period of global uncertainty spurred by the Eurozone crisis and weakening demand from China, the report ranks countries on the 12 pillars competitiveness[2] namely: 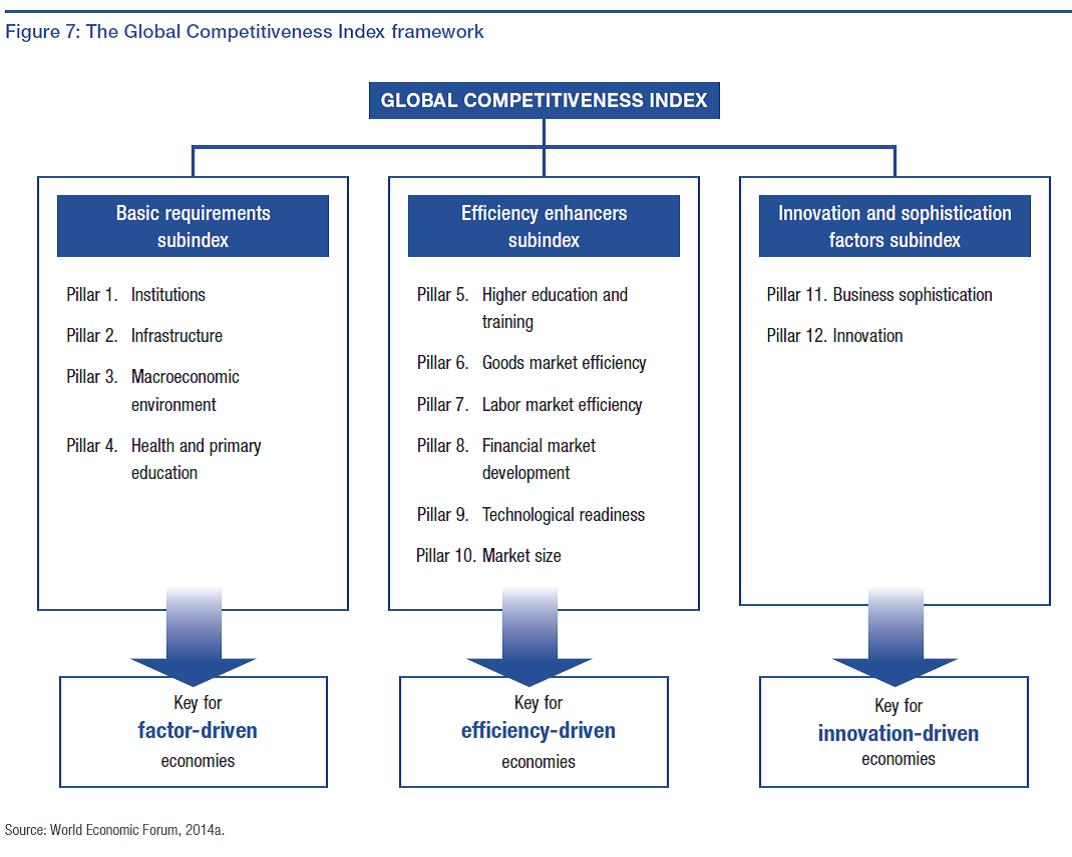 The Global Competitiveness Index (GCI) identifies the majority of African countries as being among the least competitive in the world and indicates that, despite 15 years of strong growth (not necessarily development); Africa’s overall competitiveness has remained stagnant. The primary drivers of this being weak institutions, a persistent infrastructure deficit and low levels of health and education. 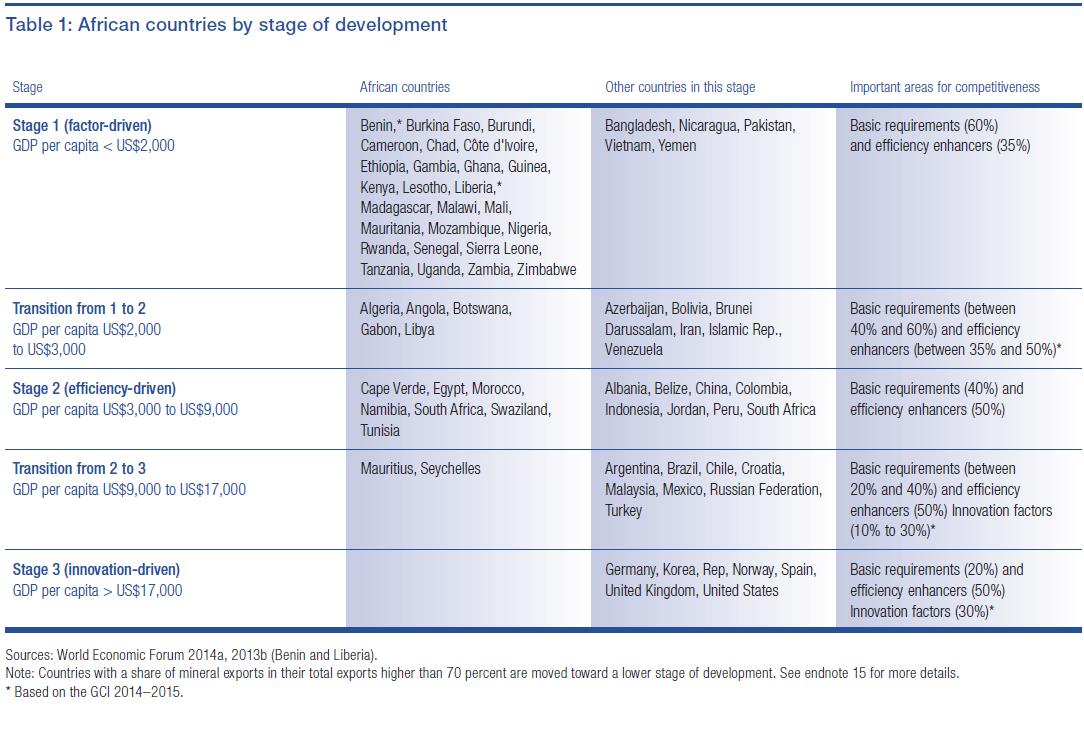 The past decade has heralded a new era of economic growth in Africa driven by the continent’s rapid population growth—most notably a large consumer market and a young and dynamic workforce. Nevertheless, these stand in stark contrast to the present structures of economies that are characterized largely by primary products and commodities dependency, insufficient education (both in quantitative and qualitative terms) and consistently low rankings in overall human development ― check HDI scores. Therefore, despite Africa growing over the past decade, it still significantly lags behind emerging and developing Asia as well as Latin America and the Caribbean ― see chart below. For example, the productivity gap between the Southeast Asian countries and African countries has significantly diverged between 1960 and 2005. 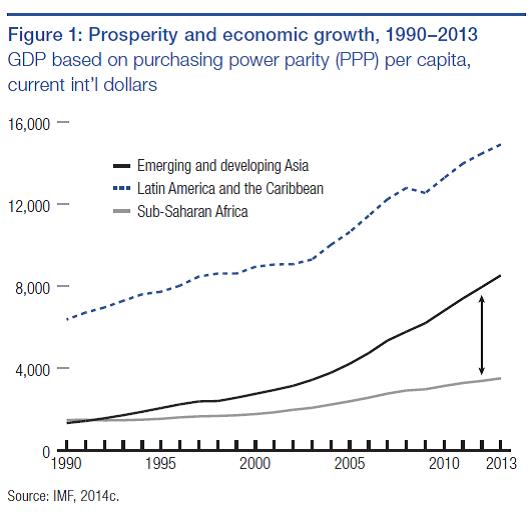 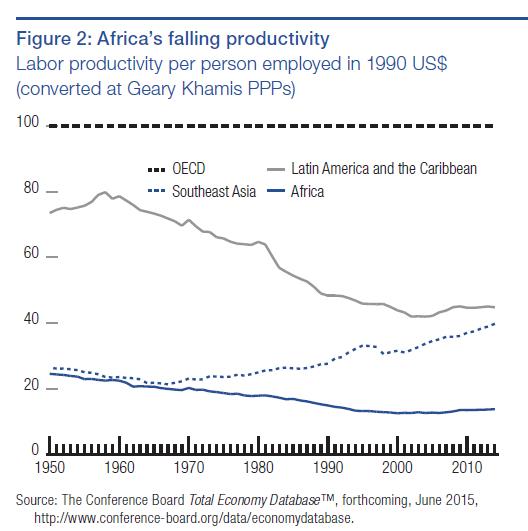 Despite many years of World Bank and IMF imposed Structural Adjustment Programmes (SAPs) that have had the broader objective of economic reform, many African states are riddled with systemic bureaucratic inefficiencies resulting in a labour force whose productivity yields diminishing returns to factor inputs. Within the competitiveness context, the report (page 4) notes that “structural transformation, defined as the reallocation of economic activity away from the least productive sectors of the economy to more productive ones, stands as a fundamental driver of economic development. Structural transformation contains two elements: (1) the rise of new, more productive activities and (2) the movement of resources from traditional activities to more sophisticated ones.”

Agriculture and value added manufacturing for local consumption as well as exports to regional markets should form the basis of the real economic transformation and development of the continent. However, though agriculture continues to play an important role in terms of value-added on the continent, its decline over the past four decades has largely been offset by the larger role of the services sector while manufacturing has been stalling.

Is there evidence of reallocation of labour across sectors in Africa and what ought to be the policy response from African governments? Yes, but not much! What African governments rather ought to address as a matter of urgency is implement policy reforms that shift and focusses resources on removing impediments that prevents entrepreneurs from accessing land for large-scale agriculture, manufacturing and other capital inputs to production. These impediments ultimately increase the cost of doing business and are transferred to the end consumer; thus, making the end-user products uncompetitive locally and internationally. 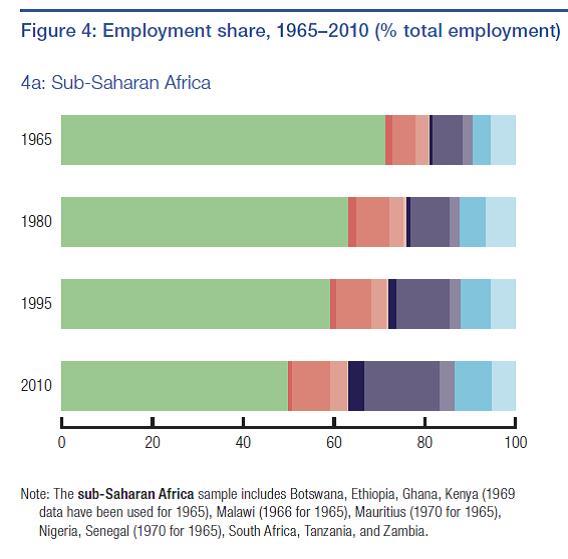 Mauritius ranked first on the continent for competitiveness, followed by South Africa, Rwanda, Morocco, Botswana, Algeria, Tunisia and Nambia making up for the first 10 places ― see full table below. The strong showing of the top economies is attributable to their strong financial market development and efficiency, quality of its institutions and intellectual property protection. Globally, the top 10 most competitive countries are Switzerland, Singapore, United States, Finland, Germany, Japan, Hong Kong, Netherlands, United Kingdom and Sweden. 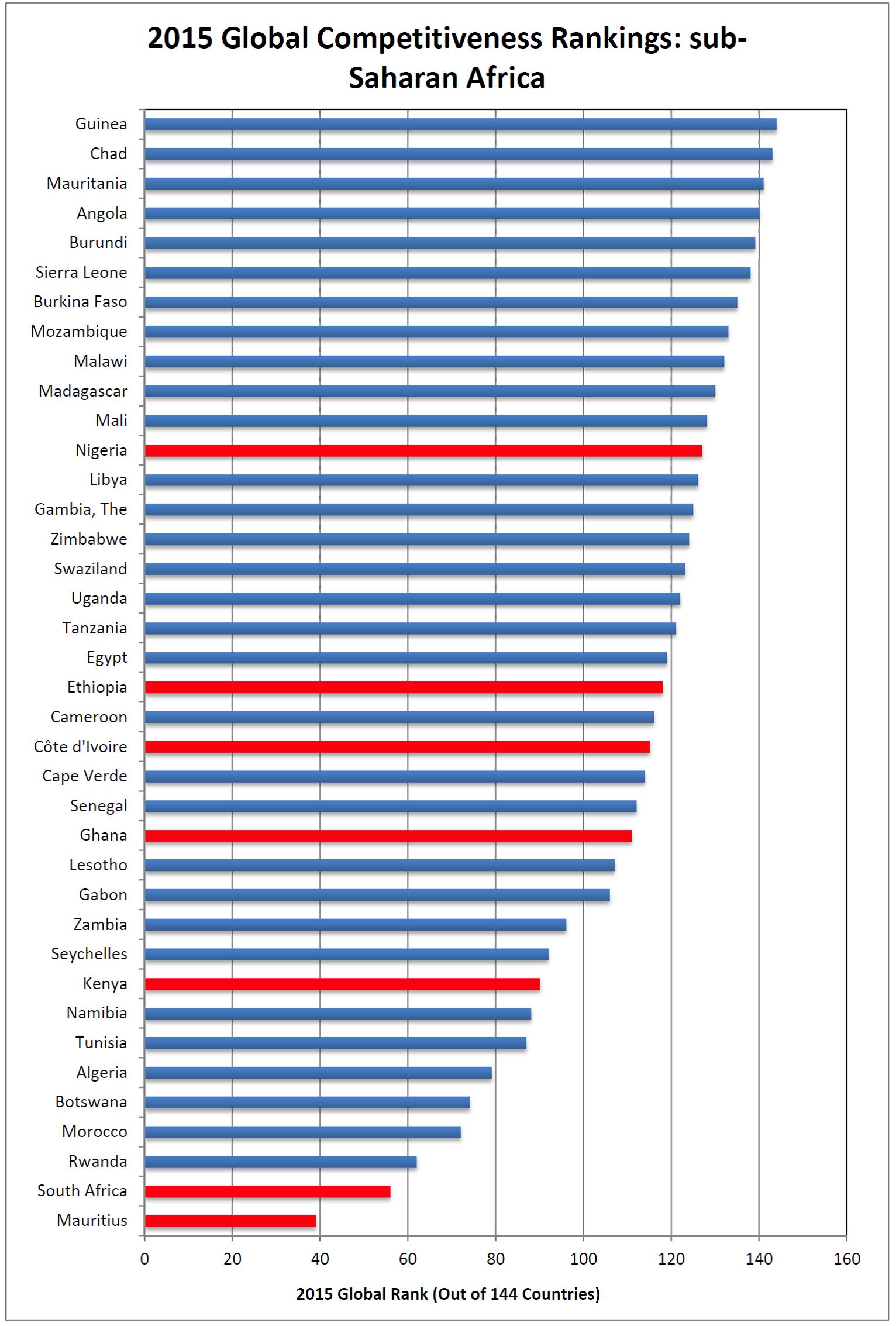 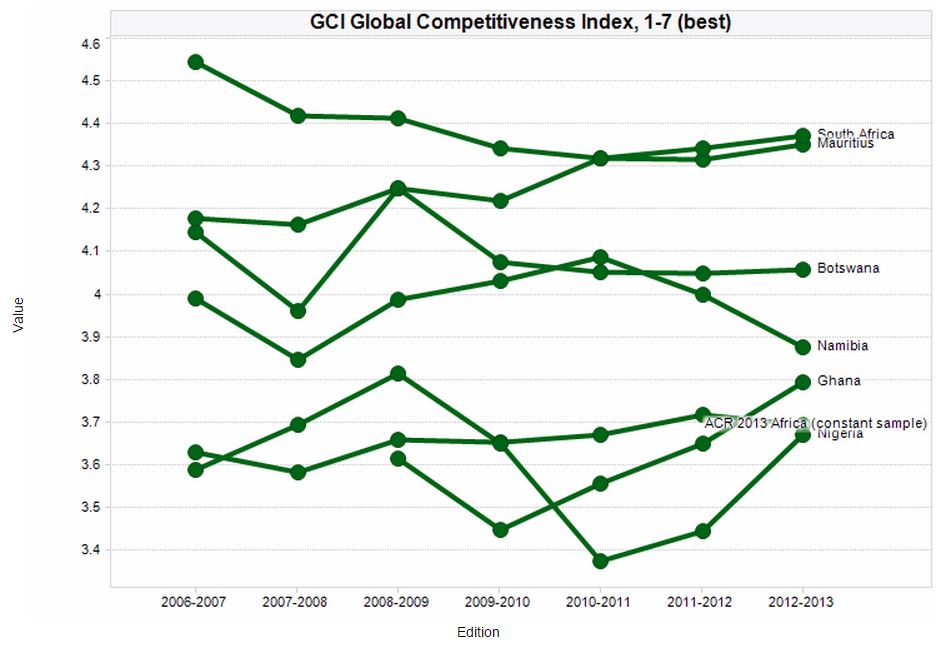