What happened to the oft-touted mantra that improving economies on the African continent will provide a paradise for consumer goods salesmen? It was the expectation that Africa’s burgeoning middle class will provide the catalyst for consumer goods and services, such as consumer retail (both food and clothing — shopping malls), technology, mobile and telecommunications, financial services and healthcare. There is also the consequential spillover effect into other areas such as construction, infrastructure development, and agriculture.

Prof Collier of Oxford captures the state of many African economies today and the missing middle-class nexus in this FT op-ed. He argues, “When poor regions take off, they create opportunities for production long before they become significant markets for consumption …the problem is not that Africa has a missing class of people but rather a missing class of organisation. The founts of productivity are organisations, such as businesses, that make ordinary people productive by harnessing the potential of scale and specialisation while preserving worker motivation. Africa is short of such organisations: its private sector lacks scale while its public sector lacks motivation.”

Deloitte Consulting notes “Africa’s middle class has tripled over the last 30 years, with one in three people now considered to be living above the poverty line – but not among the wealthy. The current trajectory suggests that the African middle class will grow to 1.1 billion (42%) in 2060. As African economies are growing (7 of the 10 fastest growing in the world are African), the wealth is trickling down and Africa now has the fastest growing middle class in the world.”

The Africa Development bank also estimates that “By 2010, the middle class had risen to 34% of Africa’s population—or nearly 350 million people—up from about 126 million or 27% in 1980, 27% in 1990 and about 220 million people or 27% in 2000. The African Development Bank (AfDB) defines the African middle class as those spending between US$2 and US$20 a day. This definition also takes into account the Purchasing Power Parity perspective where, for example, a US$20 has more stretch in Ghana than for instance the United States. Sub-classes: 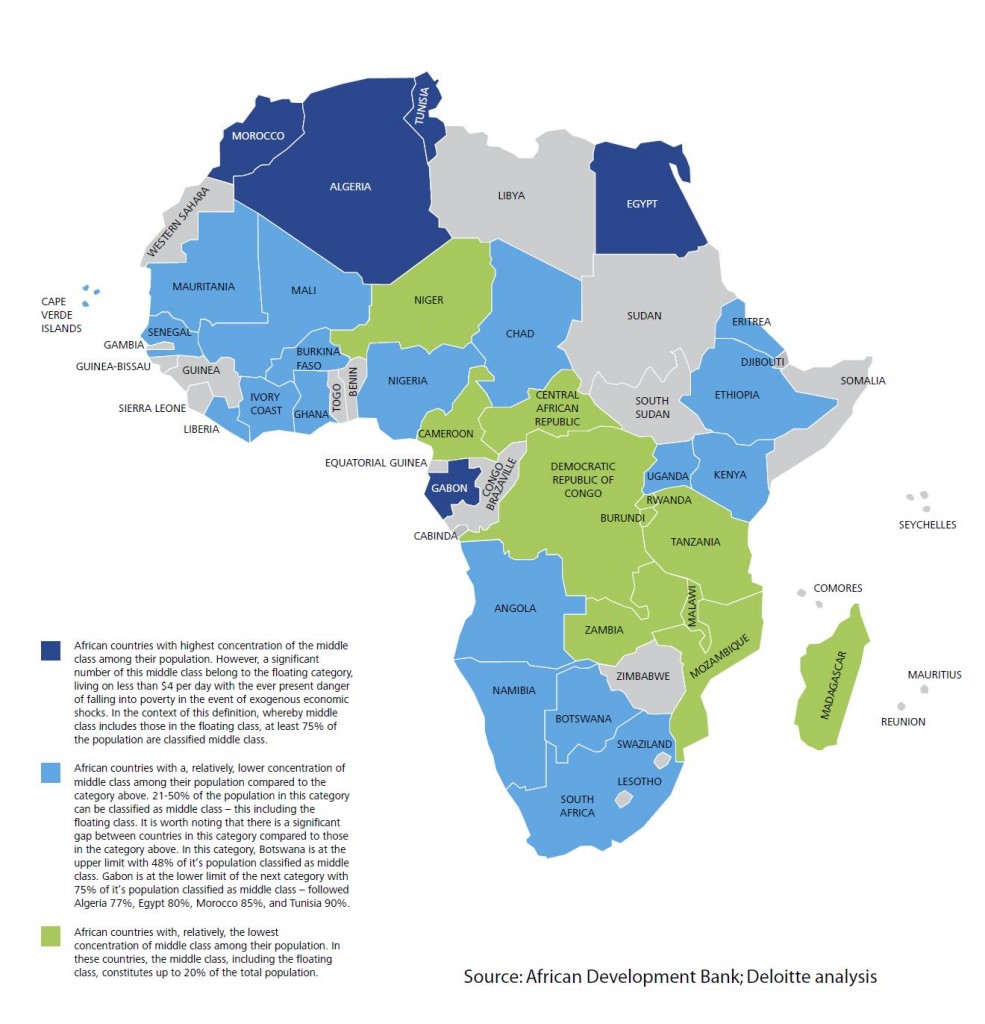 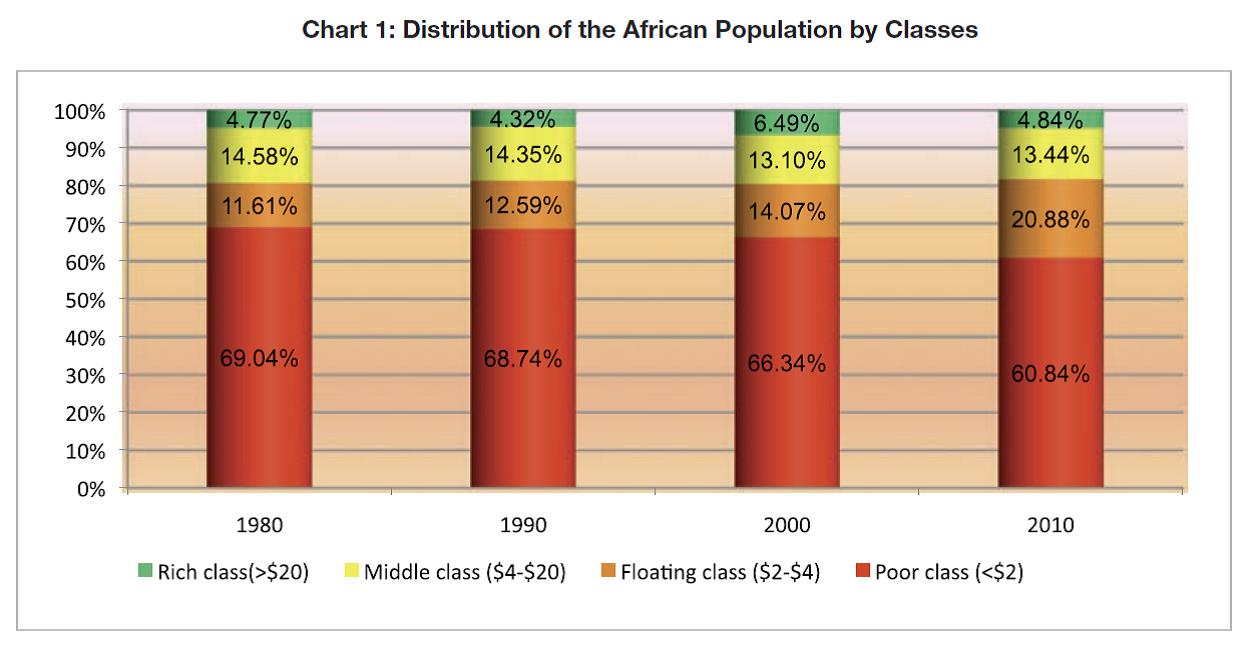 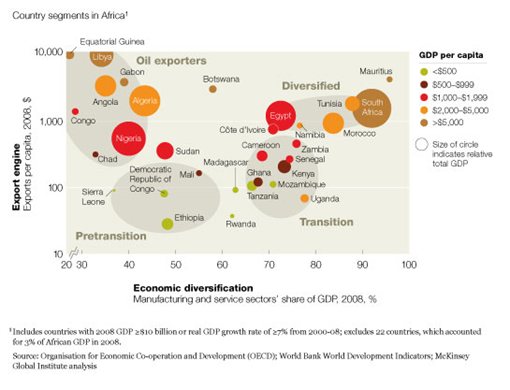 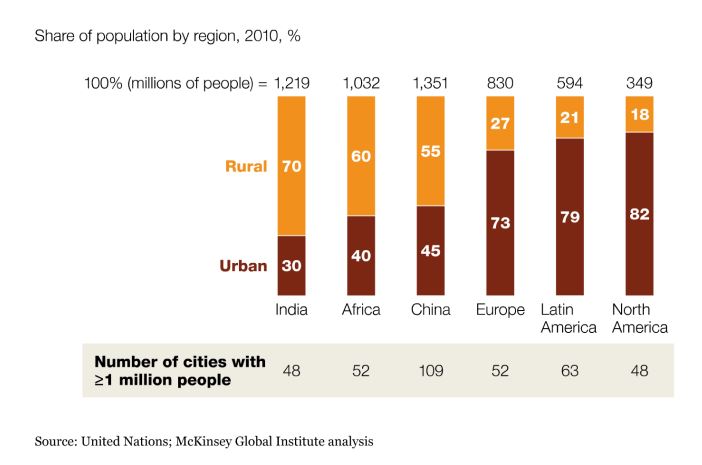