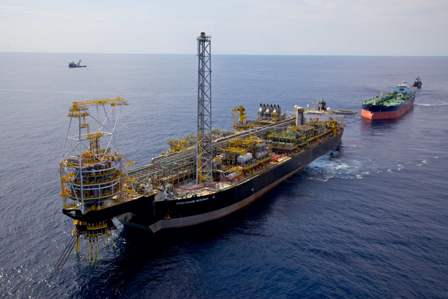 There is more bad news for the government of Ghana and the upstream oil and gas sector as oil production and revenues are set to plummet by 50%; thus putting extra pressure on an already overburdened budget. It is reported that Tullow Oil will now only produce 33,000 barrels of crude oil per day as against the 100,000 per day it was producing prior to a shutdown on the FPSO caused by a faulty turret bearing. A technical investigation of the Jubilee FPSO turret bearing has confirmed that it is no longer able to rotate as originally designed leading to new operating procedures being implemented.

Government’s 2016 budget is premised on raising US$502.10 million from oil receipts based on producing an estimated 38.73 million barrels (106,115 bopd) of oil and 26,319,270 MMBtu of gas. The ongoing Jubilee FPSO turret issues will have a major impact on fiscal policy formulation from Q2 2016 and beyond as the nation prepares to go to the polls in November 2016.

1. Production volumes will be significantly lower than that of 2015 and so will revenues from oil sales – this takes into account an already low oil price environment. Government budgeted based on $53.05 per barrel but dated Brent crude oil currently trades at $45 per barrel on the international market. In essence, the Annual Budgetary Funding Amount (ABFA) will be affected, and with it, various infrastructural and social projects premised on this. How will the government respond to this expected budgetary shortfall? Will it continue its binge-borrowing drive to meet these targets or will it be fiscally prudent to shelve some of these projects until at least after the elections? Equity funding for GNPC to carry out its operations will also take a massive hit unless the national oil company can tap into its reserves as a short-term alternative.

2. The other significant impact will be the extent to which the cut in production will worsen an already precarious power supply situation. The expected reduction in gas output from the Jubilee field, which supplies plants within the Takoradi power enclave such as the Ameri and VRA plants, will be aggravated in the absence of plans to procure light cycle crude oil for those that are dual-fired. Gas supply to the AMERI plant has been curtailed during the period the Jubilee FPSO halted operations. It is reported that this development will see the Ghana Gas Company, the national gas aggregator, receiving only 25% of its usual supply for a period of at least six months from the field.

Leadership and economic growth: learning from the Brazilian example – By Temitope Adeyinka
The economy of Brazil is bigger than the economy of all 54 African countries put… 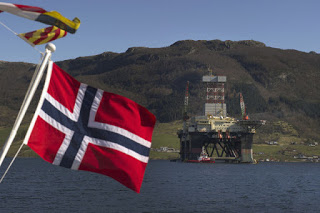 Development Strategy For Resource-Rich Nations: Learning from the Norwegian Example
Norway today ranks top in every major human development metric and it didn't occur by…