This is one of the best reports on Ghana’s post-HIPC debt crisis that I have read. It chronicles the nation’s history of high commodity dependence, debt cancellation under the Heavily Indebted Poor Countries initiative (HIPC), recent commodity boom and manufacturing sector decline vis-à-vis the slow progress in reducing poverty and increased inequality of the past decade. It then provides detailed analysis of the recent binge-borrowing craze evidenced by the exponential growth of Ghana’s debt – both external and domestic debts. For example, between 2006 and 2013, the external debt grew at a faster rate than the economy, growing from 10% of GDP in 2006 to 30% by 2013. 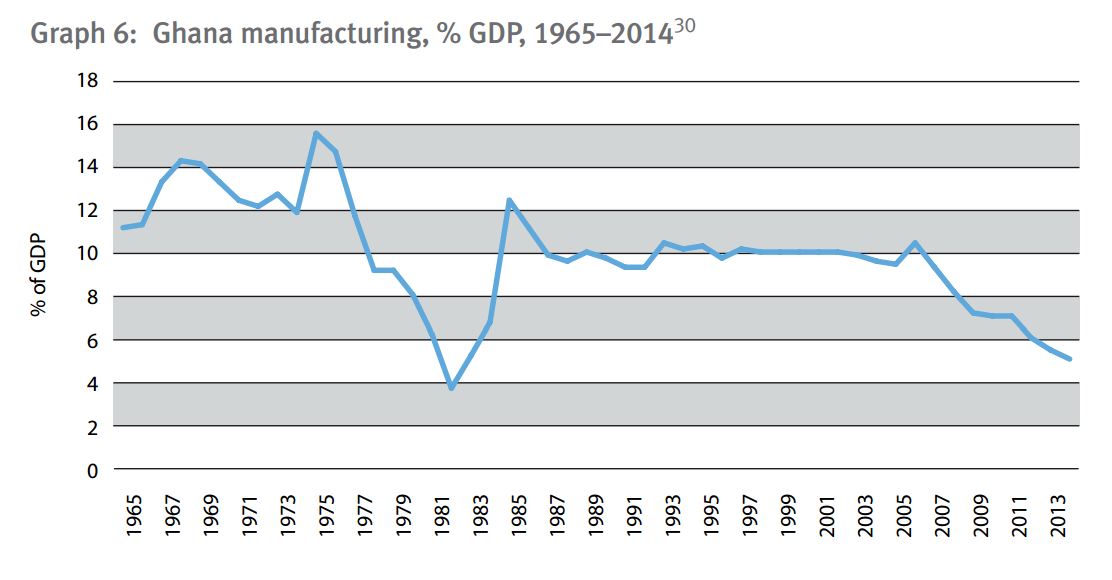 Ghana is in a debt crisis. Despite having had significant amounts of debt cancelled a decade ago, the country is losing around 30% of government revenue in external debt payments each year. Such huge payments are only possible because Ghana has been able to take on more loans from institutions such as the International Monetary Fund (IMF), which are used to pay the interest on debts to previous lenders, whilst the overall size of the debt increases. The underlying causes of the return to a debt crisis are therefore the continued dependence on commodity exports, as well as borrowing and lending not being responsible enough, meaning that new debts do not generate sufficient revenue to enable them to be repaid.

The report is authoritative. It is authored by the Jubilee Debt Campaign, part of a global movement demanding freedom from the slavery of unjust debts and a new financial system that puts people first.