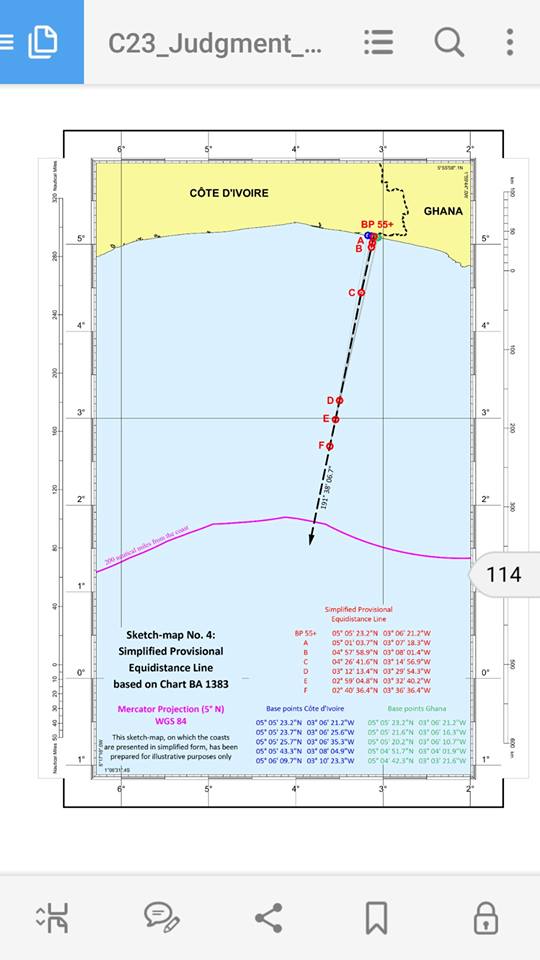 The International Tribunal for the Law of the Sea (ITLOS) has delivered its ruling on the four-year-old maritime dispute between Ghana and its Western neighbour, Ivory Coast. The Special Chamber in session. In a seven-point unanimous decision, the tribunal chaired by President of the Special Chamber, Judge Boualem Bouguetaia declared that Ghana did not violate Ivory Coast’s maritime boundary or any articles of the ITLOS. Though the special chamber dismissed Ghana’s claim that there has been a tacit agreement between it and Ivory Coast concerning their borders, it upheld its argument for the use of equidistance for the delimitation of the boundaries.

The ruling, according to Dr Theo Acheampong, a Petroleum Economist at the University of Aberdeen, effectively means Ghana has won the case.  “We don’t lose much since there is no compensation to be paid to Cote d’Ivoire”, he explained There had been concerns over the effect of the ruling on Ghana’s oil production but for him, the ruling was not going to affect Ghana’s oil production. “The map produced by the court doesn’t show that our oil fields are going to be affected”, he pointed out.