Lessons from Africa for the Eurozone on debt sustainability

Lessons from Africa for the Eurozone on debt sustainability 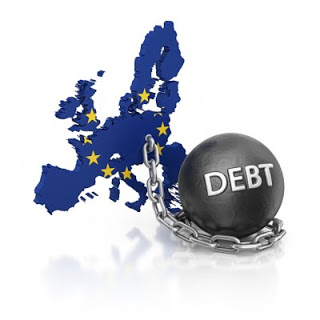 Many African countries benefited from debt relief over the last ten years, but Kenya’s macroeconomic success is home-made. In 2003, Kenya’s debt stood at 60 percent of GDP. Then,

through prudent fiscal policies—particularly strong revenue mobilization—and economic growth, it gradually brought the debt burden down to below 40 percent of GDP by 2008. Back in this comfort zone, it was able to respond to the global financial crisis, the post-election violence, and a severe drought with fiscal stimulus.

In 2000, the debt of the richest economies (G7) amounted to 68 percent of their cumulated GDP. Back then already, emerging economies (the other 13 members of the G20) were doing better, with debt at 49 percent. Since then, the gap has widened enormously. The advanced economies’ debt increased to 110 percent, while emerging economies further reduced theirs to 36 percent .

What are the lessons?
1. What matters is not the absolute amount of debt, but its proportion to the overall economy. Focus on growing the economy and the national cake (i.e. the denominator as the bottomline) with competitive advantage tools and knowledge-based skills to power manufacturing, services, and agric.

2. Role of Gov’t is to lower transaction costs so goods and services can be produced optimally. Focus on public investments with the highest multiplier effect and return on investments – e.g infrastructure projects. Public Private Partnerships (PPP’s) have been shown to help a lot in this regard as it doesn’t tie the hands of gov’t.